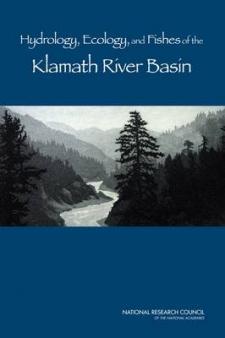 Hydrology, Ecology, and Fishes of the Klamath River Basin

The Klamath River basin, which spans parts of southern Oregon and northern California, has been the focus of a prominent conflict over competing uses for water. Management actions to protect threatened and endangered fish species in the basin have left less water available for irrigation in dry years and heightened tensions among farmers and other stakeholders including commercial fishermen, Native Americans, conservationists, hunters, anglers, and hydropower producers. This National Research Council book assesses two recent studies that evaluate various aspects of flows in the Klamath basin: (1) the Instream Flow Phase II study (IFS), conducted by Utah State University, and (2) the Natural Flow of the Upper Klamath Basin study (NFS), conducted by the U.S. Bureau of Reclamation (USBR). The book concludes that both studies offer important new information but do not provide enough information for detailed management of flows in the Klamath River, and it offers many suggestions for improving the studies. The report recommends that a comprehensive analysis of the many individual studies of the Klamath river basin be conducted so that a big picture perspective of the entire basin and research and management needs can emerge.