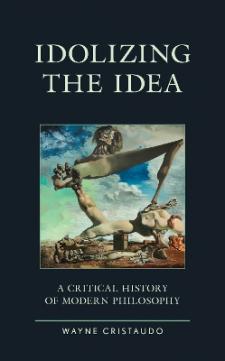 Ever since Plato made the case for the primacy of ideas over names, philosophy has tended to elevate the primacy of its ideas over the more common understanding and insights that are circulated in the names drawn upon by the community. Commencing with a critique of Plato's original philosophical decision, Cristaudo takes up the argument put forward by Thomas Reid that modern philosophy has generally continued along the 'way of ideas' to its own detriment. His argument identifies the major paradigmatic developments in modern philosophy commencing from the new metaphysics pioneered by Descartes up until the analytic tradition and the anti-domination philosophies which now dominate social and political thought. Along the way he argues that the paradigmatic shifts and break-downs that have occurred in modern philosophy are due to being beholden to an inadequate sovereign idea, or small cluster of ideas, which contribute to the occlusion of important philosophical questions. In addition to chapters on Descartes, and the analytic tradition and anti-domination philosophies, his critical history of modern philosophy explores the core ideas of Locke, Berkeley, Malebranche, Locke, Hume, Reid, Kant, Fichte, Hegel, Schelling, Marx, Kierkegaard, Schopenhauer, Nietzsche, Husserl and Heidegger. The common thread uniting these disparate philosophies is what Cristaudo calls 'ideaism' (sic.). Rather than expanding our reasoning capacity, 'ideaism' contributes to philosophers imposing dictatorial principles or models that ultimate occlude and distort our understanding of participative role within reality. Drawing upon thinkers such as Pascal, Vico, Hamann, Herder, Franz Rosenzweig, Martin Buber and Eugen Rosensock-Huessy Cristaudo advances his argument by drawing upon the importance of encounter, dialogue, and a more philosophical anthropological and open approach to philosophy.