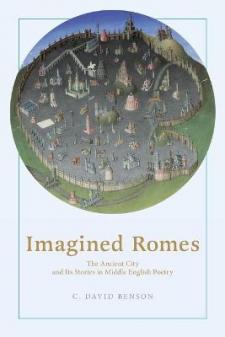 This volume explores the conflicting representations of ancient Rome-one of the most important European cities in the medieval imagination-in late Middle English poetry.

Once the capital of a great pagan empire whose ruined monuments still inspired awe in the Middle Ages, Rome, the seat of the pope, became a site of Christian pilgrimage owing to the fame of its early martyrs, whose relics sanctified the city and whose help was sought by pilgrims to their shrines. C. David Benson analyzes the variety of ways that Rome and its citizens, both pre-Christian and Christian, are presented in a range of Middle English poems, from lesser-known, anonymous works to the poetry of Gower, Chaucer, Langland, and Lydgate. Benson discusses how these poets conceive of ancient Rome and its citizens-especially the women of Rome-as well as why this matters to their works.

An insightful and innovative study, Imagined Romes addresses a crucial lacuna in the scholarship of Rome in the medieval imaginary and provides fresh perspectives on the work of four of the most prominent Middle English poets.