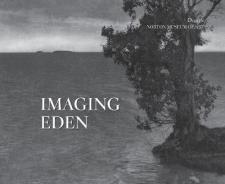 Though they were ceded to the federal government in 1821, it was not until the beginning of the twentieth century that the Everglades were systematically depicted in photographs. Imaging Eden presents an overview of the pictures that have formed our understanding of the Everglades, one of the most contested and unique environments on the planet, and new approaches to photographing the vast wetlands system. Using vernacular images as well as works by such celebrated photographers as Walker Evans, Marian Post Wolcott, Eliot Porter, James Balog and Clyde Butcher, Imaging Eden provides a framework to contextualize four contemporary commissioned projects. Amsterdam-based artist Bert Teunissen, American photographer and artist Gerald Slota, Korean-American Jung Jin Lee and Magnum photographer Jim Goldberg working in collaboration with Jordan Stein have been tasked with discovering the Everglades on their own terms, through their widely differing sensibilities and with their unique visual vocabularies.