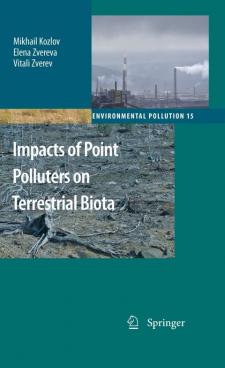 The adverse consequences of pollution impact on terrestrial ecosystems have been under careful investigation since the beginning of the twentieth century. Several thousand case studies have documented the biotic effects occurring in contaminated areas. However, after more than a century of research, ecologists are still far from understanding the effects of pollution on biota. Only a few generalisations have been made on the basis of extensive monitoring programs and numerous expe- ments with industrial contaminants. The need to reveal general patterns in the responses of terrestrial biota to ind- trial pollution and to identify the sources of variation in these responses became obvious more than a decade ago. At about that time, our team initiated a quanti- tive research synthesis of the biotic effects caused by industrial pollution, based on 1 a meta-analysis of published data. All meta-analyses conducted so far (covering diversity and abundance of soil microfungi, diversity of vascular plants, diversity and abundance of terrestrial arthropods, and plant growth and reproduction) c- sistently showed high heterogeneity in the responses of terrestrial biota to industrial pollution. At the same time, they demonstrated an unexpected shortage of infor- tion suitable for meta-analyses, as well as a considerable influence of methodology of primary studies on the outcome of the research syntheses. To overcome the identified problems, we designed a comparative study, the results of which are reported in this book.