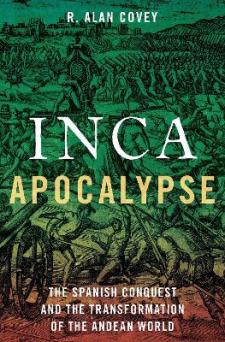 Inca Apocalypse develops a new perspective on the European invasions of the Inca realm, and the way that the Spanish transformation of the Andes relates to broader changes occurring in the transition from medieval to early modern Europe. The book is structured to foreground some of the parallels in the imperial origins of the Incas and Spain, as well as some of the global processes affecting both societies during the first century of their interaction. The
Spanish conquest of the Inca empire was more than a decisive victory at Cajamarca in 1532-it was an uneven process that failed to bring to pass the millenarian vision that set it in motion, yet it succeeded profoundly in some respects. The Incas and their Andean subjects were not passive victims of
colonization, and indigenous complicity and resistance actively shaped Spanish colonial rule.

As it describes the transformation of the Inca world, Inca Apocalypse attempts to build a more global context than previous accounts of the Spanish Conquest, and it seeks not to lose sight of the parallel changes occurring in Europe as Spain pursued state projects that complemented the colonial endeavors in the Americas. New archaeological and archival research makes it possible to frame a familiar story from a larger historical and geographical scale than has typically been
considered. The new text will have solid scholarly foundations but a narrative intended to be accessible to non-academic readers.