The Industrialist and the Mountaineer 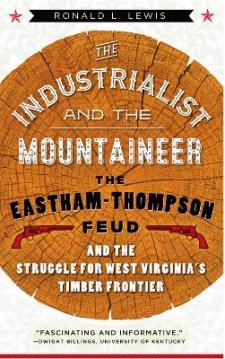 The Eastham-Thompson feud pitted a former Confederate against a member of the new business elite who was, as a northern Republican, his cultural and political opposite. For Lewis, their clash was one flashpoint in a larger phenomenon central to US history in the second half of the nineteenth century: the often violent imposition of new commercial and legal regimes over holdout areas stretching from Appalachia to the trans-Missouri West. Taking a ground-level view of these so-called "wars of incorporation," Lewis's powerful microhistory shows just how strongly local communities guarded traditional relationships to natural resources. Modernizers sought to convict Eastham of murder, but juries drawn from the traditionalist population refused to comply. Although the resisters won the courtroom battle, the modernizers eventually won the war for control of the state's timber frontier.