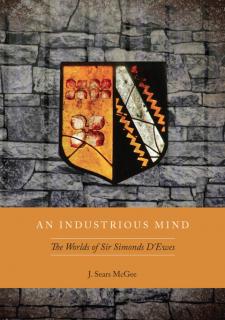 This is the first biography of Sir Simonds D'Ewes, a member of England's Long Parliament, Puritan, historian and antiquarian who lived from 1602–1650. D'Ewes took the Puritan side against the supporters of King Charles I in the English Civil War, and his extensive journal of the Long Parliament, together with his autobiography and correspondence, offer a uniquely comprehensive view of the life of a seventeenth-century English gentleman, his opinions, thoughts and prejudices during this tumultuous time. D'Ewes left the most extensive archive of personal papers of any individual in early modern Europe. His life and thought before the Long Parliament are carefully analyzed, so that the mind of one of the Parliamentarian opponents of King Charles I's policies can be understood more fully than that of any other Member of Parliament. Although conservative in social and political terms, D'Ewes's Puritanism prevented him from joining his Royalist younger brother Richard during the civil war that began in 1642. D'Ewes collected one of the largest private libraries of books and manuscripts in England in his era and used them to pursue historical and antiquarian research. He followed news of national and international events voraciously and conveyed his opinions of them to his friends in many hundreds of letters. McGee's biography is the first thorough exploration of the life and ideas of this extraordinary observer, offering fresh insight into this pivotal time in European history.