The Inheritance of Genius 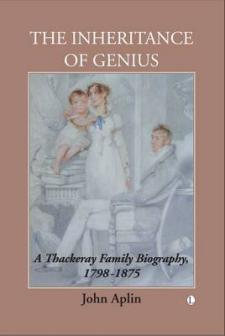 This book, the first of two volumes anticipating the bicentenary of the birth of William Makepeace Thackeray in 1811, details not only the author's life, but also the cosmopolitan and literary worlds inhabited by his two daughters, Minny and Annie. When Thackeray died in 1863, the two sisters were forced to find their own way forward. Minny would marry Leslie Stephen, later father of Virginia Woolf, and die at only thirty-five; Annie, encouraged in early years by her father, would herself emerge as a successful novelist, though one always living, albeit willingly, within her father's shadow. Drawing continuously on the letters, diaries, journals and notebooks of the Thackerays and their circle, Aplin sheds light on this remarkable man's family, and the effect that his life, death and legacy had on those closest to him. The book will appeal not just to those interested in Thackeray and the Victorians, but also to readers of biography, womenis studies and memoirs, and to followers of Viriginia Woolf and Bloomsbury.