Insistence of the Indian 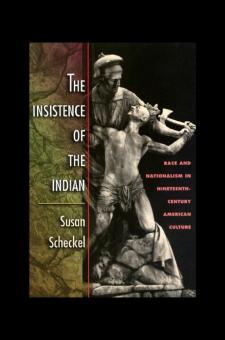 Americans' first attempts to forge a national identity coincided with the apparent need to define--and limit--the status and rights of Native Americans. During these early decades of the nineteenth century, the image of the &quote;Indian&quote; circulated throughout popular culture--in the novels of James Fenimore Cooper, plays about Pocahontas, Indian captivity narratives, Black Hawk's autobiography, and visitors' guides to the national capitol. In exploring such sources as well as the political and legal rhetoric of the time, Susan Scheckel argues that the &quote;Indian question&quote; was intertwined with the ways in which Americans viewed their nation's past and envisioned its destiny. She shows how the Indians provided a crucial site of reflection upon national identity. And yet the Indians, by being denied the natural rights upon which the constitutional principles of the United States rested, also challenged American convictions of moral ascendancy and national legitimacy.Scheckel investigates, for example, the Supreme Court's decision on Indian land rights and James Fenimore Cooper's popular frontier romance The Pioneers: both attempted to legitimate American claims to land once owned by Indians and to assuage guilt associated with the violence of conquest by incorporating the Indians in a version of the American political &quote;family.&quote; Alternatively, the widely performed Pocahontas plays dealt with the necessity of excluding Indians politically, but also portrayed these original inhabitants as embodying the potential of the continent itself. Such examples illustrate a gap between principles and practice. It is from this gap, according to the author, that the nation emerged, not as a coherent idea or a realist narrative, but as an ongoing performance that continues to play out, without resolution, fundamental ambivalences of American national identity.