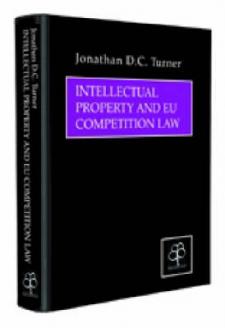 The interface between intellectual property rights and competition policy is one of the most important and difficult areas of EU commercial law. Traditionally seen as involving a conflict between monopoly rights and the promotion of competition, the relationship is now regarded as a more subtle and complex one between regimes which promote different forms of competition in different ways. These regimes have to be reconciled against the background of a complicated relationship between EU law, national laws and international treaties relating to intellectual property. There have been major developments in this area in recent years, including cases such as Microsoft, DSD, GlaxoSmithKline and Astra-Zeneca, the Commission's guidance on exclusionary abuses of dominant position, the investigation into the pharmaceutical sector, the Technology Transfer Block Exemption, and the Commission's Guidelines on Technology Transfer. This book contains a detailed explanation of the application of EU competition law to all types of intellectual property, including recent developments, and the resulting regulatory framework for the exploitation and licensing of intellectual property rights.
It has practical analysis of such issues as technology transfer and patent pools, research and development, exploitation of television rights, franchising and resolution of trademark conflicts.