Intelligence in An Insecure World 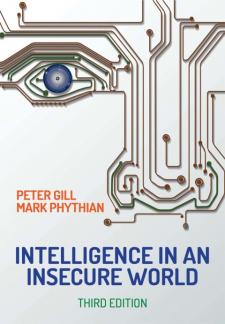 Security intelligence continues to be of central importance to the contemporary world: individuals, organizations and states all seek timely and actionable intelligence in order to increase their sense of security. But what exactly is intelligence? Who seeks to develop it and to what ends? How can we ensure that intelligence is not abused?

In this third edition of their classic text, Peter Gill and Mark Phythian set out a comprehensive framework for the study of intelligence, discussing how states organize the collection and analysis of information in order to produce intelligence, how it is acted upon, why it may fail and how the process should be governed in order to uphold democratic rights. Fully revised and updated throughout, the book covers recent developments, including the impact of the Snowden leaks on the role of intelligence agencies in Internet and social media surveillance and in defensive and offensive cyber operations, and the legal and political arrangements for democratic control. The role of intelligence as part of ‘hybrid’ warfare in the case of Russia and Ukraine is also explored, and the problems facing intelligence in the realm of counterterrorism is considered in the context of the recent wave of attacks in Western Europe.

Intelligence in an Insecure World is an authoritative and accessible guide to a rapidly expanding area of inquiry - one that everyone has an interest in understanding.