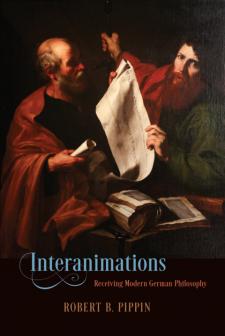 In this latest book, renowned philosopher and scholar Robert B. Pippin offers the thought-provoking argument that the study of historical figures is not only an interpretation and explication of their views, but can be understood as a form of philosophy itself. In doing so, he reconceives philosophical scholarship as a kind of network of philosophical interanimations, one in which major positions in the history of philosophy, when they are themselves properly understood within their own historical context, form philosophy's lingua franca. Examining a number of philosophers to explore the nature of this interanimation, he presents an illuminating assortment of especially thoughtful examples of historical commentary that powerfully enact philosophy.After opening up his territory with an initial discussion of contemporary revisionist readings of Kant's moral theory, Pippin sets his sights on his main objects of interest: Hegel and Nietzsche. Through them, however, he offers what few others could: an astonishing synthesis of an immense and diverse set of thinkers and traditions. Deploying an almost dialogical, conversational approach, he pursues patterns of thought that both shape and, importantly, connect the major traditions: neo-Aristotelian, analytic, continental, and postmodern, bringing the likes of Heidegger, Honneth, MacIntyre, McDowell, Brandom, Strauss, Williams, and A iA ek-not to mention Hegel and Nietzsche- into the same philosophical conversation.By means of these case studies, Pippin mounts an impressive argument about a relatively under discussed issue in professional philosophy-the bearing of work in the history of philosophy on philosophy itself-and thereby he argues for the controversial thesis that no strict separation between the domains is defensible.