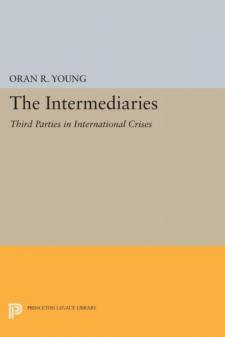 The possibilities for third-party intervention aimed at facilitating the non-violent termination of international crises are explored in this book. The author develops a theory of third-party intervention at a high level of abstraction and then presents a set of applications which focuses on the Secretary-General of the United Nations and a variety of potential Soviet-American crises.Originally published in 1967.The Princeton Legacy Library uses the latest print-on-demand technology to again make available previously out-of-print books from the distinguished backlist of Princeton University Press. These editions preserve the original texts of these important books while presenting them in durable paperback and hardcover editions. The goal of the Princeton Legacy Library is to vastly increase access to the rich scholarly heritage found in the thousands of books published by Princeton University Press since its founding in 1905.