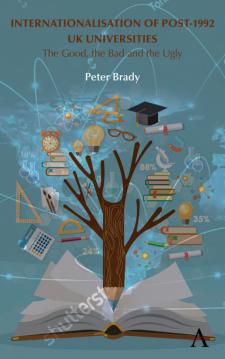 International education is nothing new. For centuries British universities have taught the progeny of despots, rajas and terrorists, all of whom came to the dreaming spires to study, mingle and be Anglicised.

‘Internationalisation of Post-1992 UK Universities’ studies the creation of a whole new group of universities in 1992 that changed the cosy world of international education in the UK dramatically. For them it was no longer about UK influence in the world, no longer about soft power; it was all about hard cash. They were encouraged by the UK government to recruit international students to make up for a lack of investment.

Now education as an export is seen as a good thing. The post-1992 university focus on international student fees has developed a market-led culture where staff are incentivised to lower standards – this was easily translated to the fee regime in England when it was introduced.

Due to commercial pressures and a lack of overall UK strategy post-1992 universities assisted foreign governments in their bids to have a better education system than the UK. At the same time international recruitment had an adverse effect on home students whilst making overseas students more attractive to employers.