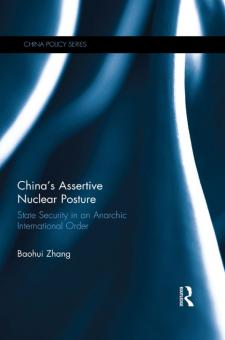 China’s nuclear capability is crucial for the balance of power in East Asia and the world. As this book reveals, there have been important changes recently in China’s nuclear posture: the movement from a minimum deterrence posture toward a medium nuclear power posture; the pursuit of space warfare and missile defence capabilities; and, most significantly, the omission in the 2013 Defence White Paper of any reference to the principle of No First Use. Employing the insights of structural realism, this book argues that the imperatives of an anarchic international order have been the central drivers of China’s nuclear assertiveness. The book also assesses the likely impact of China’s emerging nuclear posture on its neighbours and on the international strategic balance, especially with the United States. The book concludes by examining China’s future nuclear directions in the context of its apparent shift toward a more offensive-oriented international strategy.