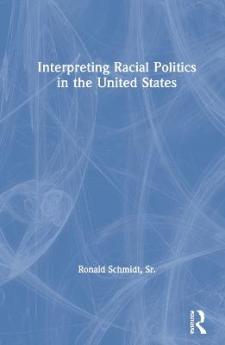 Few subjects of social scientific inquiry need interpretive analysis more than the topic of racial politics, yet most US political science employs a narrowly behavioralist orientation. This book argues that it is time for political scientists studying race to more fully engage the issues that generate its political significance.

Drawing on the work of interpretive political scholars and methods, Ron Schmidt, Sr. addresses core questions regarding racial politics in the US to demonstrate the value of using interpretive methods to better understand the meaning and significance of political actions, structures and conflicts involving racial identities-not instead of behavioral research but as a necessary addition.

Interpreting Racial Politics in the United States will greatly enhance the evolving conversations concerning race and inequality within the US. It will be of great interest to students and scholars of politics and sociology, but also to those interested in deepening their understanding of racial politics.