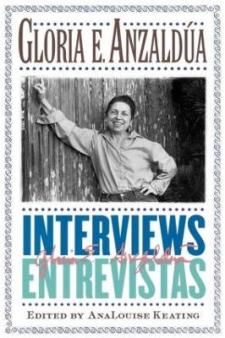 Gloria E. Anzaldua, best known for her books Borderlands/La Frontera and This Bridge Called My Back, is one of the foremost feminist thinkers and activists of our time. As one of the first openly lesbian Chicana writers, Anzaldua has played a major role in redefining queer, female, and Chicano/a identities, and in developing inclusionary movements for social justice.
In this memoir-like collection, Anzaldua's powerful voice speaks clearly and passionately. She recounts her life, explains many aspects of her thought, and explores the intersections between her writings and postcolonial theory. Each selection deepens our understanding of an important cultural theorist's lifework. The interviews contain clear explanations of Anzaldua's original concept of the Borderlands and mestizaje and her subsequent revisions of these ideas; her use of the term New Tribalism as a disruptive category that redefines previous ethnocentric forms of nationalism; and what Anzaldua calls conocimientos-- alternate ways of knowing that synthesize reflection with action to create knowledge systems that challenge the status quo.
Highly personal and always rich in insight, these interviews, arranged and introduced by AnaLouise Keating, will not only serve as an accessible introduction to Anzaldua's groundbreaking body of work, but will also be of significant interest to those already well-versed in her thinking. For readers engaged in postcoloniality, feminist theory, ethnic studies, or queer identity, Interviews/Entrevistas will be a key contemporary document.