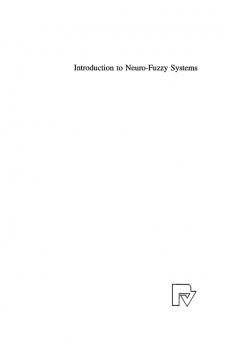 Fuzzy sets were introduced by Zadeh (1965) as a means of representing and manipulating data that was not precise, but rather fuzzy. Fuzzy logic pro­ vides an inference morphology that enables approximate human reasoning capabilities to be applied to knowledge-based systems. The theory of fuzzy logic provides a mathematical strength to capture the uncertainties associ­ ated with human cognitive processes, such as thinking and reasoning. The conventional approaches to knowledge representation lack the means for rep­ resentating the meaning of fuzzy concepts. As a consequence, the approaches based on first order logic and classical probablity theory do not provide an appropriate conceptual framework for dealing with the representation of com­ monsense knowledge, since such knowledge is by its nature both lexically imprecise and noncategorical. The developement of fuzzy logic was motivated in large measure by the need for a conceptual framework which can address the issue of uncertainty and lexical imprecision. Some of the essential characteristics of fuzzy logic relate to the following [242]. • In fuzzy logic, exact reasoning is viewed as a limiting case of ap­ proximate reasoning. • In fuzzy logic, everything is a matter of degree. • In fuzzy logic, knowledge is interpreted a collection of elastic or, equivalently, fuzzy constraint on a collection of variables. • Inference is viewed as a process of propagation of elastic con­ straints. • Any logical system can be fuzzified. There are two main characteristics of fuzzy systems that give them better performance für specific applications.