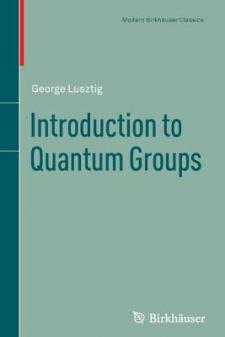 The quantum groups discussed in this book are the quantized enveloping algebras introduced by Drinfeld and Jimbo in 1985, or variations thereof. The theory of quantum groups has led to a new, extremely rigid structure, in which the objects of the theory are provided with canonical basis with rather remarkable properties. This book will be of interest to mathematicians working in the representation theory of Lie groups and Lie algebras, knot theorists and to theoretical physicists and graduate students. Since large parts of the book are independent of the theory of perverse sheaves, the book could also be used as a text book.