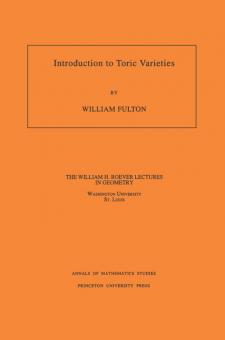 Toric varieties are algebraic varieties arising from elementary geometric and combinatorial objects such as convex polytopes in Euclidean space with vertices on lattice points. Since many algebraic geometry notions such as singularities, birational maps, cycles, homology, intersection theory, and Riemann-Roch translate into simple facts about polytopes, toric varieties provide a marvelous source of examples in algebraic geometry. In the other direction, general facts from algebraic geometry have implications for such polytopes, such as to the problem of the number of lattice points they contain. In spite of the fact that toric varieties are very special in the spectrum of all algebraic varieties, they provide a remarkably useful testing ground for general theories. The aim of this mini-course is to develop the foundations of the study of toric varieties, with examples, and describe some of these relations and applications. The text concludes with Stanley's theorem characterizing the numbers of simplicies in each dimension in a convex simplicial polytope. Although some general theorems are quoted without proof, the concrete interpretations via simplicial geometry should make the text accessible to beginners in algebraic geometry.