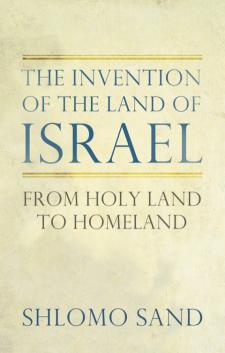 The Invention of the Land of Israel

Groundbreaking new work from the controversial author of Invention of the Jewish People.

What is a homeland and when does it become a national territory? Why have so many people been willing to die for such places throughout the twentieth century? What is the essence of the Promised Land? Following the acclaimed and controversial The Invention of the Jewish People, Shlomo Sand examines the mysterious sacred land that has become the site of the longest-running national struggle of the twentieth and twenty-first centuries. The Invention of the Land of Israel deconstructs the age-old legends surrounding the Holy Land and the prejudices that continue to suffocate it. Sand’s account dissects the concept of “historical right” and tracks the creation of the modern concept of the “Land of Israel” by nineteenth-century Evangelical Protestants and Jewish Zionists. This invention, he argues, not only facilitated the colonization of the Middle East and the establishment of the State of Israel; it is also threatening the existence of the Jewish state today.