The Iraqi Revolution of 1958 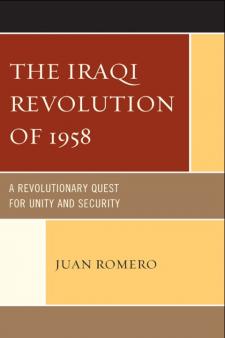 In the early hours of July 14, 1958, Iraqi military officers overthrew the British-installed Iraqi monarchy. The Free Officers coup initiated an era of military and subsequently Ba'thist rule that only ended with the U.S.-led invasion of Iraq in 2003. Historians are at variance over the nature of what is called the Iraqi Revolution in the Arab world. Some scholars argue that the overthrow was merely a coup d'Ztat orchestrated by the Free Officers Movement. Other analysts contend that the overthrow constituted a real revolution. Very few works, if any, provide a detailed analysis in support of the 'revolutionary' argument. Dr. Romero's book advances the argument that the events of July 14 simultaneously constituted a coup and a revolution for a number of reasons, including military involvement, popular participation, and policies that radically departed from those of the previous regime.