Irish Writers and the Thirties 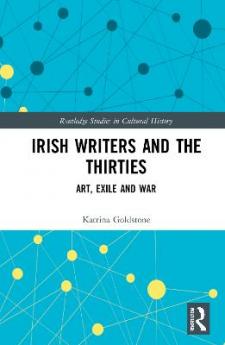 This original study focusing on four Irish writers - Leslie Daiken, Charles Donnelly, Ewart Milne and Michael Sayers - retrieves a hitherto neglected episode of Thirties literary history which highlights the local and global aspects of Popular Front cultural movements. From interwar London to the Spanish Civil War and the USSR, the book examines the lives and work of Irish writers through their writings, their witness texts and their political activism. The relationships of these writers to George Orwell, Samuel Beckett, T.S. Eliot, Nancy Cunard, William Carlos Williams and other figures of cultural significance within the interwar period sheds new light on the internationalist aspects of a Leftist cultural history. The book also explores how Irish literary women on the Left defied marginalization. The impetus of the book is not merely to perform an act of literary salvage but to find new ways of re-imagining what might be said to constitute Irish literature mid-twentieth century; and to illustrate how Irish writers played a role in a transforming political moment of the twentieth century. It will be of interest to scholars and students of cultural history and literature, Irish diaspora studies, Jewish studies, and the social and literary history of the Thirties.