The Irony of American History 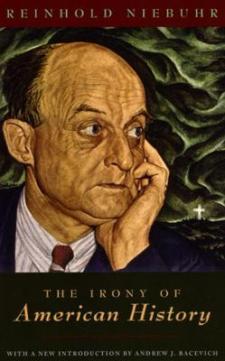 Forged during the tumultuous but triumphant postwar years when America came of age as a world power, "The Irony of American History" is more relevant now than ever before. Cited by politicians as diverse as Hillary Clinton and John McCain, Niebuhr's masterpiece on the incongruity between personal ideals and political reality is both an indictment of American moral complacency and a warning against the arrogance of virtue. Impassioned, eloquent, and deeply perceptive, Niebuhr's wisdom will cause readers to rethink their assumptions about right and wrong, war and peace.