Islam and Nationalism in India 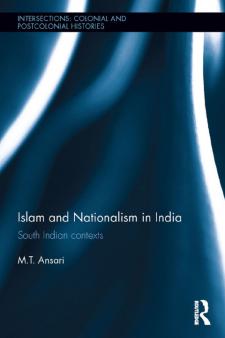 Islam in India, as elsewhere, continues to be seen as a remainder in its refusal to "conform" to national and international secular-modern norms. Such a general perception has also had a tremendous impact on the Muslims of the Indian subcontinent, who as individuals and communities have been shaped and transformed over centuries of socio-political and historical processes, by eroding their world-view and steadily erasing their life-worlds. This book traces the spectral presence of Islam across narratives to note that difference and diversity, demographic as well as cultural, can be espoused rather than excised or exorcized. Focusing on Malabar - home to the Mappila Muslim community in Kerala, South India - and drawing mostly on Malayalam sources, the author investigates the question of Islam from various angles by constituting an archive comprising popular, administrative, academic, and literary discourses. The author contends that an uncritical insistence on unity has led to a formation in which "minor" subjects embody an excess of identity, in contrast to the Hindu-citizen whose identity seemingly coincides with the national. This has led to Muslims being the source of a deep-seated anxiety for secular nationalism and the targets of a resurgent Hindutva in that they expose the fault-lines of a geographically and socio-culturally unified nation. An interdisciplinary study of Islam in India from the South Indian context, this book will be of interest to scholars of modern Indian history, political science, literary and cultural studies, and Islamic studies.