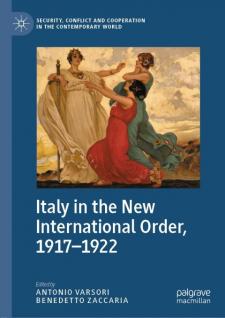 This edited collection offers the first systematic account in English of Italy’s international position from Caporetto – a major turning-point in Italy’s participation in the First World War – to the end of the liberal regime in Italy in 1922. It shows that after the ‘Great War’, not only did Italy establish itself as a regional power but also achieved its post-unification ambition to be recognised, at least from a formal viewpoint, as a great power. This subject is addressed through multiple perspectives, covering Italy’s relations and mutual perceptions vis-à-vis the Allies, the vanquished nations, and the ‘New Europe’. Fourteen contributions by leading historians reappraise Italy’s role in the construction of the post-war international order, drawing on extensive multi-archival and multi-national research, combining for the first time documents from American, Austrian, British, French, German, Italian, Russian and former Yugoslav archives.