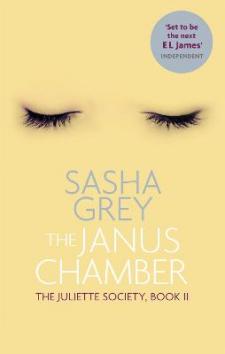 A few years have passed since Catherine's time in the The Juliette Society, but things haven't been going the way she planned. Her life with her fiance Jack has become predictable and boring, especially in the bedroom. Now working as a journalist, she struggles to find inspiration in her work or at home - until she starts writing about the death of a publicly beloved model, Inana Luna, whose experiences reflect Catherine's own blossoming sexuality and independence.

What started as a routine story quickly becomes Catherine's obsession as she follows the tale of a woman whose tracks take her down a road with too many familiar facets: a fascination with kink, lustful men, and some very sexy intrigue. Like the Roman god Janus, Catherine is simultaneously looking to the past and the future. Can her experiences with The Juliette Society, along with Inana's diary, help her figure out what she really wants in life, love, and sex? Or will the story drag her back down into a tantalizing world from which she might not be able to escape a second time?