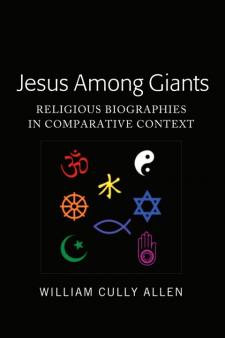 Jesus Among Giants offers a new approach to comparative religion as a confrontational conference of conflicting claims in search of uncommon insights into truth. This book observes striking similarities and discerns distinguishing differences but does not harmonize or hierarchize competing visions into a single coherent version of truth. Rather, it exposes and respects differences for the sake of determining the unique identity of each religious figure featured.

There is no avoiding controversy and conflict among the foundational figures of the world’s religions. Religious identities are forged in the face of differences. To adequately appreciate any one spiritual giant requires understanding them all. To know who Jesus is means knowing who he isn’t. Readers are invited to face the facts and fictions, myths and messages, and claims and counter-claims that clearly distinguish Jesus among giants.