Jihadi Audiovisuality and its Entanglements 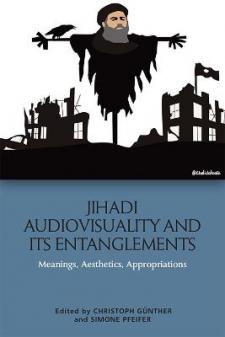 ISIS is often described as a terrorist organisation that uses social media to empower its supporters and reinforce its message. Through 12 case studies, this book examines the different ways in which Jihadi groups and their supporters use visualisation, sound production and aesthetic means to articulate their cause in online as well as offline contexts.