John Eliot and the Praying Indians of Massachusetts Bay 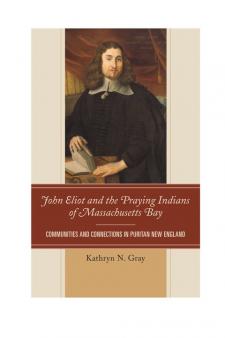 This book traces the development of John Eliot’s mission to the Algonquian-speaking people of Massachusetts Bay, from his arrival in 1631 until his death in 1690. It explores John Eliot’s determination to use the Massachusett dialect of Algonquian, both in speech and in print, as a language of conversion and Christianity. The book analyzes the spoken words of religious conversion and the written transcription of those narratives; it also considers the Algonquian language texts and English language texts which Eliot published to support the mission. Central to this study is an insistence that John Eliot consciously situated his mission within a tapestry of contesting transatlantic and political forces, and that this framework had a direct impact on the ways in which Native American penitents shaped and contested their Christian identities. To that end, the study begins by examining John Eliot’s transatlantic network of correspondents and missionary-supporters in England, it then considers the impact of conversion narratives in spoken and written forms, and ends by evaluating the impact of literacy on praying Indian communities. The study maps the coalescence of different communities that shaped, or were shaped by, Eliot’s seventeenth-century mission.