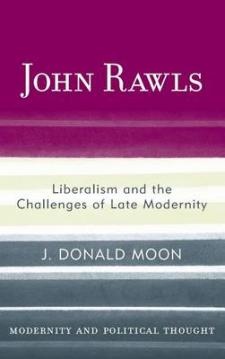 Donald Moon's John Rawls: Liberalism and the Challenges of Late Modernity is distinguished not only by the originality of its contribution to the literature on one of the most important political philosophers of the 20th century, but for an argument that will be accessible to students as well as scholars of justice and its complex array of controversial issues at the heart of our hyper-modern globalized world. Rawls's work is often viewed primarily through the lens of liberal theories of social justice focusing on issues of income distribution and economic inequality. Moon allows for a more complete understanding of Rawls' legacy by setting his account of social justice in the context of modern and increasingly pluralistic democracies. Moon's reading of Rawls shows how his work breaks with political theory's traditional aspiration to provide a general theory of politics, including a theory of justice, which can be rationally vindicated. Instead, Rawls views theorizing as itself a practical, political form of engagement, which offers a specifically political conception of justice and political principles more generally that speak to the conditions of modern, democratic citizens.