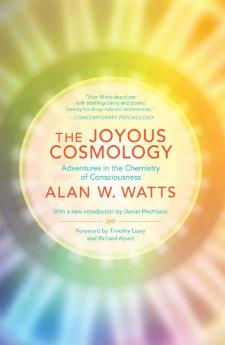 In describing the effects of mescaline, Aldous Huxley’s The Doors of Perception opened a proverbial door for a generation of seekers. Watts walked through it with this classic account of the levels of insight that consciousness-changing drugs can facilitate “when accompanied with sustained philosophical reflection by a person who is in search, not of kicks, but of understanding.” Watts and peers including foreword authors Timothy Leary and Richard Alpert (then Harvard professors) anticipated physicists’ recognizing the individual’s “inseparability from the rest of the world,” the work of New Age thinkers who combine scientific findings and spiritual experiences, and federally funded clinical trials utilizing psilocybin to treat a variety of conditions. More than an artifact, The Joyous Cosmology is both a riveting memoir of Watts’s personal experiments and a profound meditation on our perennial questions about the nature of existence and the existence of the sacred.