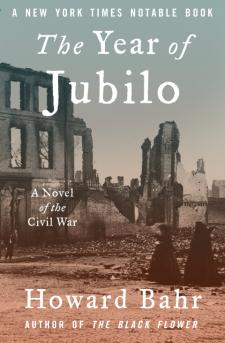 The author of The Black Flower ';re-creates [a] seminal moment in American history with prose that is vivid, unflinching, and often incantatory' (TheWashington Post Book World). A Washington Post Book World Best Book of the Year and Winner of the Michael Shaara Award for Excellence in Civil War Fiction Cass Wakefield left the bloodshed of the Civil War behind him twenty years ago and intends to live out the rest of his quiet days in his hometown in Mississippi. But when a childhood friend asks him to travel with her to Tennessee, he has no choice but to go along. Alison Sansing has been diagnosed with terminal cancer and wants to recover the bodies of her brother and father before she dies. Cass fought alongside Alison's loved ones in the disastrous Battle of Franklin and helped to bury them where they fell. Joined by two of his former comrades-in-arms, Cass guides Alison through the heart of the still-devastated South. Along the way, memories of the war emerge with overwhelming vividness, thrusting Cass back into the terror and exhilaration of the battlefield. At their journey's end, the group faces a painful reckoning between a past that refuses to die and a present still waiting to be born. ';A beautifully wrought novel that deserves a wide audience,' The Judas Field is the ';eloquent and fearless' final chapter in a Civil War trilogy that began with The Black Flower and The Year of Jubilo (Los Angeles Times).