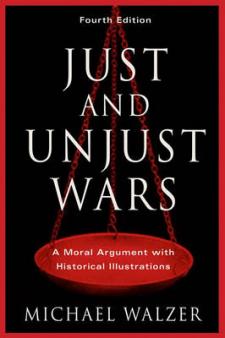 From the Athenian attack on Melos to the My Lai Massacre, from the wars in the Balkans through the first war in Iraq, Michael Walzer examines the moral issues surrounding military theory, war crimes, and the spoils of war. He studies a variety of conflicts over the course of history, as well as the testimony of those who have been most directly involved--participants, decision makers, and victims. In his introduction to this new edition, Walzer specifically addresses the moral issues surrounding the war in and occupation of Iraq, reminding us once again that "the argument about war and justice is still a political and moral necessity."