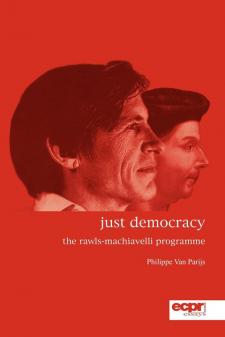 Philippe Van Parijs is one of the world's leading political philosophers. In this book, he argues that the purpose of democracy should be to promote justice - we need not just democracy (in the sense of unqualified democracy) but a just democracy. Machiavelli and Rawls must be brought together. In a series of provocative and timely essays, he explores what creating such a just democratic political system would involve in order to tackle such issues as intergenerational justice, multiculturalism and linguistic diversity. He illustrates his arguments with examples drawn from the European Union and his native Belgium.