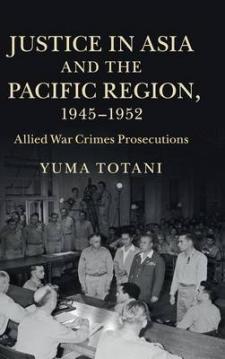 This book explores a cross-section of war crimes trials that the Allied powers held against the Japanese in the aftermath of World War II. More than 2,240 trials against some 5,700 suspected war criminals were carried out at 51 separate locations across the Asia Pacific region. This book analyzes fourteen high-profile American, Australian, British, and Philippine trials, including the two subsequent proceedings at Tokyo and the Yamashita trial. By delving into a large body of hitherto underutilized oral and documentary history of the war as contained in the trial records, Yuma Totani illuminates diverse firsthand accounts of the war that were offered by former Japanese and Allied combatants, prisoners of war, and the civilian population. Furthermore, the author makes a systematic inquiry into select trials to shed light on a highly complex - and at times contradictory - legal and jurisprudential legacy of Allied war crimes prosecutions.