Justinian and the Making of the Syrian Orthodox Church 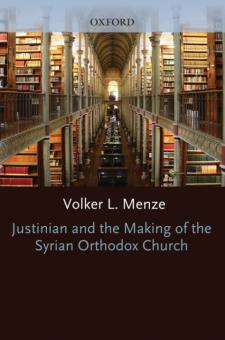 The Council of Chalcedon in 451 divided eastern Christianity, with those who were later called Syrian Orthodox among the Christians in the near eastern provinces who refused to accept the decisions of the council. These non-Chalcedonians (still better known under the misleading term Monophysites) separated from the church of the empire after Justin I attempted to enforce Chalcedon in the East in 518. Volker L. Menze historicizes the formation of the Syrian Orthodox Church in the first half of the sixth century. This volume covers the period from the accession of Justin to the second Council of Constantinople in 553. Menze begins with an exploration of imperial and papal policy from a non-Chalcedonian, eastern perspective, then discusses monks, monasteries and the complex issues surrounding non-Chalcedonian church life and sacraments. The volume concludes with a close look at the working of "collective memory" among the non-Chalcedonians and the construction of a Syrian Orthodox identity. This study is a histoire évènementielle of actual religious practice, especially concerning the Eucharist and the diptychs, and of ecclesiastical and imperial policy which modifies the traditional view of how emperors (and in the case of Theodora: empresses) ruled the late Roman/early Byzantine empire. By combining this detailed analysis of secular and ecclesiastical politics with a study of long-term strategies of memorialization, the book also focuses on deep structures of collective memory on which the tradition of the present Syrian Orthodox Church is founded.