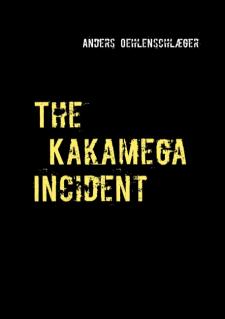 We are in 1998, during the three weeks leading up to one of this year's worst terrorist acts, namely the bombing of two U.S. embassies in Nairobi, Kenya and Dar, Tanzania.

The Danish former ranger Stig Jansen, is located in the country in civilian affairs and soon he's unwittingly whirled into what's going to prove to be the precursor to one of the Worlds' largest conspiracies involving the corrupt local government power, the CIA, sinister parts of the German government, Saddam Hussein's regime in Iraq and a Danish colonel in the Defense Intelligence Agency.

He's pulled around in the strange circus and his reactions and actions will be crucial for all the people he comes into contact with during his stay.

Through his escape from the Kenyan military, who accuses him of terrorism and murder, he is driven, along with the beautiful Scottish Red Cross employee Jane, into the wilderness, where his abilities and skills as former elite soldier, come into their own, and the flight progresses then into a nightmare where the difference between friend and foe is subtle.