Kant and the Problem of Self-Knowledge 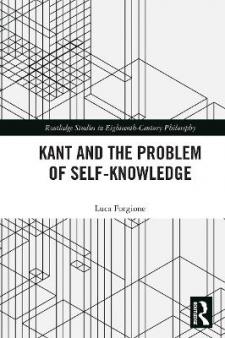 This book addresses the problem of self-knowledge in Kant's philosophy. As Kant writes in his major works of the critical period, it is due to the simple and empty representation 'I think' that the subject's capacity for self-consciousness enables the subject to represent its own mental dimension. This book articulates Kant's theory of self-knowledge on the basis of the following three philosophical problems: 1) a semantic problem regarding the type of reference of the representation 'I'; 2) an epistemic problem regarding the type of knowledge relative to the thinking subject produced by the representation 'I think'; and 3) a strictly metaphysical problem regarding the features assigned to the thinking subject's nature. The author connects the relevant scholarly literature on Kant with contemporary debates on the huge philosophical field of self-knowledge. He develops a formal reading according to which the unity of self-consciousness does not presuppose the identity of a real subject, but a formal identity based on the representation 'I think'.