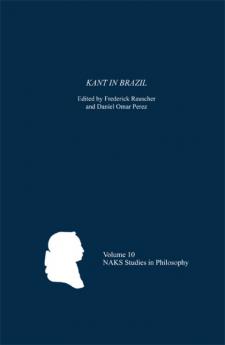 Kant in Brazil is a collected volume of essays conceived at the 2005 International Kant Congress in Sao Paulo as a way to make accessible to Anglophone Kant scholars some of the best work on Kant produced by Brazilian scholars. The availability of this material in English for the first time will promote interaction between North American and Brazilian scholars as well as enable Anglophone readers worldwide to incorporate excellent but previously neglected work into their own debates about Kant.

The book contains an editor's introduction providing an overview of the institutional structure of Kant studies in Brazil. The essays that follow, translated from Portuguese, include a survey of the history of Kant studies in Brazil over the past two centuries as well as interpretive essays that span the corpus of Kant's work in theoretical philosophy, ethics, political philosophy, history, aesthetics, and teleology. Various styles of philosophy are put into practice as well:analytical, philological, reflective, comparative, displaying the broad and diverse nature of Brazilian philosophy.