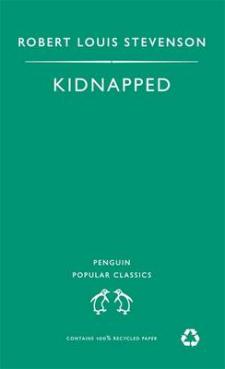 If "Treasure Island" is the pirate story par excellence, then "Kidnapped" is the romantic Scots adventure story of all time. Written in 1886, it is set in the turmoil and aftermath of the 1746 Jacobite Scots rebellion against the English at Culloden - events that established much of the national Scots character, which persists to this day. The story follows David Balfour, the canny eighteen year old, who is keen to seek his fortune. He sets out from the lowlands of Scotland to meet his mysterious relative, in search of work and 'whatere he may find'. His adventures begin at almost at once, and dark family secrets are soon only the starting point for an adventure that is a sort of Scottish Odyssey, with sea voyage, shipwreck, good friends and fights aplenty in the Hieland mountains and valleys.