The Kingdom of God in Africa 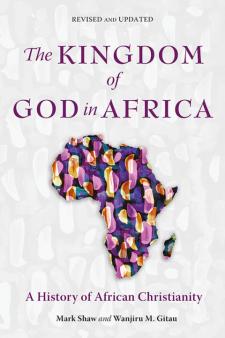 African Christianity is not an imported religion but rather one of the oldest forms of Christianity in the world. In The Kingdom of God in Africa, Mark Shaw and Wanjiru M. Gitau trace the development and spread of African Christianity through its two-thousand year history, demonstrating how the African church has faithfully testified to the power and diversity of God’s kingdom. Both history students and casual readers will gain greater understanding of how key churches, figures and movements across the continent conceptualized the kingdom of God and manifested it through their actions. The only up-to- date, single-volume study of its kind, this book also includes maps and statistics that aid readers to absorb the rich history of African Christianity and discover its impact on the rest of the world.