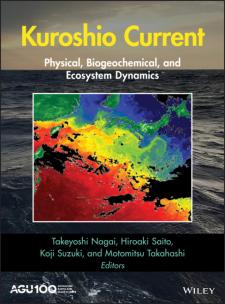 An interdisciplinary study of the Kuroshio nutrient stream

The surface water of the Kuroshio, a western boundary current in the North Pacific Ocean, is nutrient-depleted and has relatively low primary productivity, yet abundant fish populations are supported in the region. This is called the “Kuroshio Paradox”.

Kuroshio Current: Physical, Biogeochemical and Ecosystem Dynamics presents research from a multidisciplinary team that conducted observational and modeling studies to investigate this contradiction. This timely and important contribution to the ocean sciences literature provides a comprehensive analysis of the Kuroshio.