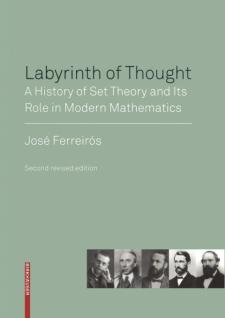 Labyrinth of Thought discusses the emergence and development of set theory and the set-theoretic approach to mathematics during the period 1850-1940. Rather than focusing on the pivotal figure of Georg Cantor, it analyzes his work and the emergence of transfinite set theory within the broader context of the rise of modern mathematics. The text has a tripartite structure. Part 1, The Emergence of Sets within Mathematics, surveys the initial motivations for a mathematical notion of a set within several branches of the discipline (geometry, algebra, algebraic number theory, real and complex analysis), emphasizing the role played by Riemann in fostering acceptance of the set-theoretic approach. In Part 2, Entering the Labyrinth, attention turns to the earliest theories of sets, their evolution, and their reception by the mathematical community; prominent are the epoch-making contributions of Cantor and Dedekind, and the complex interactions between them. Part 3, In Search of an Axiom System, studies the four-decade period from the discovery of set-theoretic paradoxes to Gödel’s independence results, an era during which set theory gradually became assimilated into mainstream mathematics; particular attention is given to the interactions between axiomatic set theory and modern systems of formal logic, especially the interplay between set theory and type theory. A new Epilogue for this second edition offers further reflections on the foundations of set theory, including the "dichotomy conception" and the well-known iterative conception.