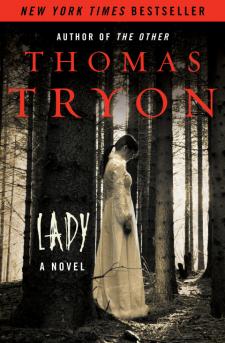 ';A spellbinder with a twisted ending ... You can't put it down'from the New York Timesbestselling author of The Other (Des Moines Register). In Pequot Landing, there are two sights to see: the largest elm in America, which dominates the stately old village green, and the house of Lady Harleigh. When the Great War ended, she was the most beautiful bride in the village, and though she was widowed soon after, mourning dampened neither her beauty nor her spirits. By the time the Great Depression rolls around, she is the unchallenged center of Pequot societylovely and energetic, but subject to bouts of grim melancholy that hint at something dark beneath her surface. Woody is eight years old when he first notices the Lady, and her glittering elegance captures his heart. He spends his boyhood deeply in love with the mysterious widow, obsessed with the sadness that lies at her core. As he gets closer to her, he finds that Lady Harleigh is hauntednot just by grief, but by a scandalous secret that, if revealed, could change Pequot Landing forever.