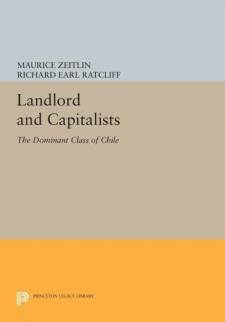 In 1974, Maurice Zeitlin published a seminal article in The American Journal of Sociology, criticizing managerial theory and evidence, which ended one era in the analysis of the large corporation's ownership and control and began a new one. He called for research on the capitalist class that would reveal its inner structure--particularly the interaction of family ties, property, and business leadership in the large corporation. But, despite the subsequent blossoming of studies of intercorporate and class power, no one else has yet done the systematic empirical analysis he outlined. This work is thus the first to explore the full panoply of intraclass relations--interorganizational, kinship, economic, and political--within an actually existing dominant class. Theoretically sensitive, methodologically precise, and historically grounded, it aims to fill in the blank spots in our knowledge about how "economic classes" become "social classes" and how the latter in turn connect with other social forms. This work is a sustained empirical analysis of Chile's dominant class. But it does more than reveal that class's specific internal structure; it also provides a coherent theory of the inner relations constituting any dominant class in a highly concentrated capitalist economy, a methodological paradigm, and an exemplary body of findings, which can closely guide the study of other dominant classes, especially in the "advanced" societies of the West. Originally published in 1988. The Princeton Legacy Library uses the latest print-on-demand technology to again make available previously out-of-print books from the distinguished backlist of Princeton University Press. These editions preserve the original texts of these important books while presenting them in durable paperback and hardcover editions. The goal of the Princeton Legacy Library is to vastly increase access to the rich scholarly heritage found in the thousands of books published by Princeton University Press since its founding in 1905.