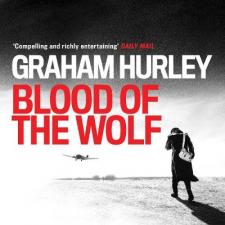 Berlin, 1942.
For four years, the men in field grey have helped themselves to country after country across Western Europe. For Werner Nehmann, a journalist at the Promi - the Ministry of Propaganda - this dizzying series of victories has felt like a party without end. But now the Reich's attention has turned towards the East, and as winter sets in, the mood is turning. Werner's boss, Joseph Goebbels, can sense it. A small man with a powerful voice and coal-black eyes, Goebbels has a deep understanding the dark arts of manipulation. His words, his newsreels, have shaken Germany awake, propelling it towards its greater destiny and he won't let - he can't let - morale falter now. But the Minister of Propaganda is uneasy and in his discomfort has pulled Werner into his close confidence. And here, amid the power struggle between the Nazi Chieftains, Werner will make his mistake and begin his descent into the hell of Stalingrad...

PRAISE FOR GRAHAM HURLEY:
"Tense, absorbing and faultlessly plotted, this thoughtful thriller weaves it all together" SUNDAY TIMES
"Liked this. Went someway to plugging the ginormous hole that Philip Kerr sad passing has left in my life" DERMOT O'LEARY
"Hurley brings an almost noirlike sensibility to the surprising finale" BOOKLIST
"So well-written you can smell the sweat and taste the fear" PETER MAY
"Beautifully constructed, the result is compelling and richly entertaining" DAILY MAIL