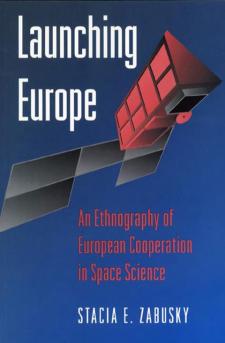 In this first ethnographic study of the European Space Agency, Stacia Zabusky explores the complex processes involved in cooperation on space science missions in the contemporary context of European integration. Zabusky argues that the practice of cooperation does not depend on a homogenizing of interests in a bland unity. Instead, it consists of ongoing negotiation of and conflict over often irreconcilable differences. In this case, those differences are put into play by both technical and political divisions of labor (in particular, those of big science and of European integration). Zabusky shows how participants on space science missions make use of these differences, particularly those manifest in identities of work and of nationality, as they struggle together not only to produce space satellites but also to create European integration. She argues that the dialectical processes of production include and depend on conflict and contradiction to maintain energy and excitement and thus to be successful. Participants in these processes are not, however, working only to produce tangible success. In her epilogue, Zabusky argues that European space science missions can be interpreted as sacred journeys undertaken collectively, and that these journeys are part of a fundamental cultural project of modernity: the legitimation of and aspiration for purity. She suggests, finally, that this project characterizes not only the institution of technoscience but those of bureaucracy and nationalism as well.