The Leadership Secrets of Hamilton 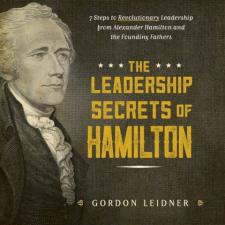 Featured in Forbes.com and USAToday.com VICTORIOUS in the War of American Independence, Alexander Hamilton and the founding fathers built the first successful democratic government. They'll forever go down in history as having changed the rules of leadership and redefined what it means to ignite change in people. As a modern day leader, you may not be establishing a new system of government — but the principles of radical leadership still apply, whether you're undertaking a new initiative, rejuvenating a business, or sparking motivation in your team. Using history's greatest rebels as your guide: START YOUR REVOLUTION!